A regular part of my corporate client work consists of creating illustrations to help communicate the benefits of new products and technologies.

These cartoons and illustrations are used in advertising, marketing and presentations. With regard to presentations, one of my specialties is finding effective ways to portray concepts, and adding humor to maintain audience interest. 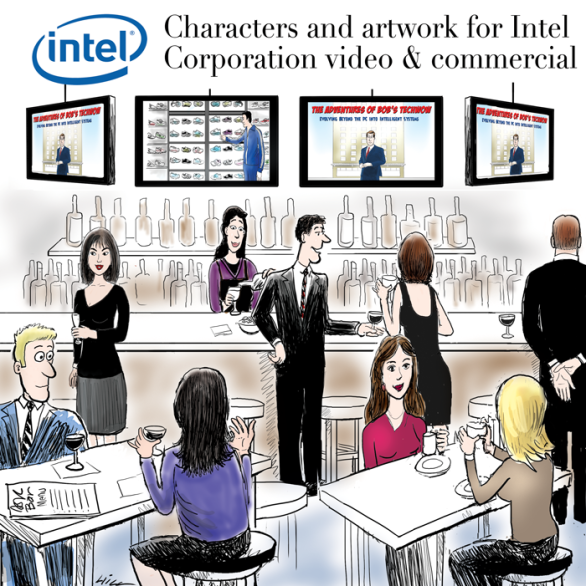 15 illustrations created for a presentation to McDonald's

executive management at their Chicago headquarters,

introducing a new technology being implemented. 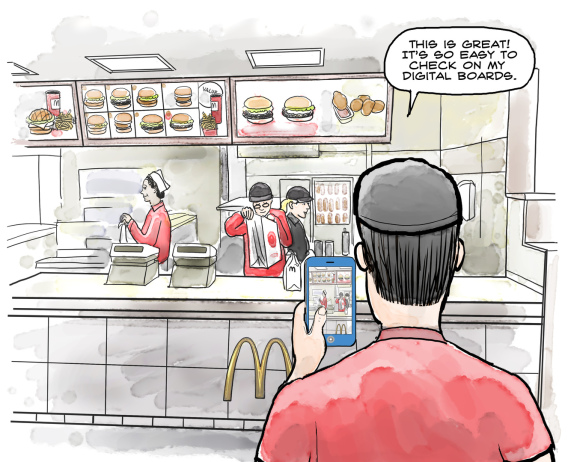 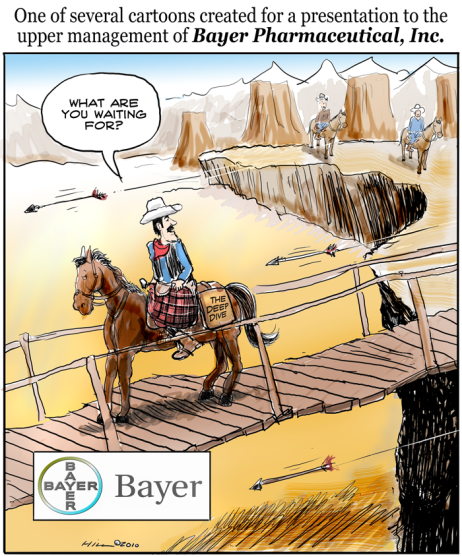 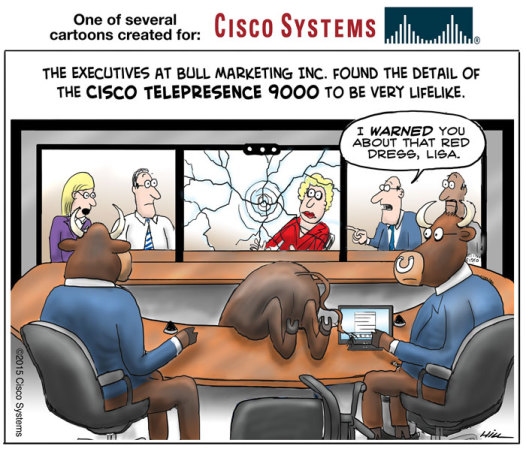 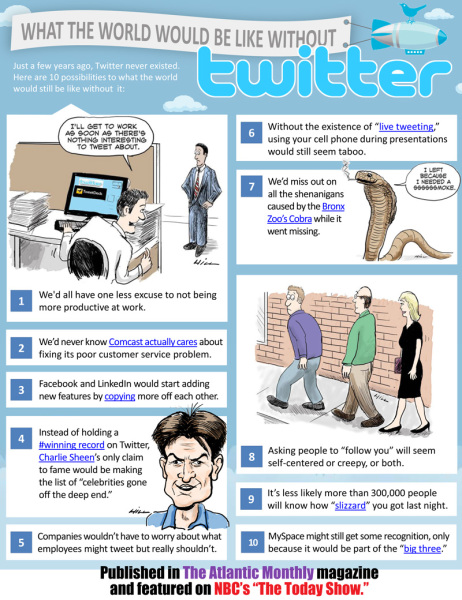 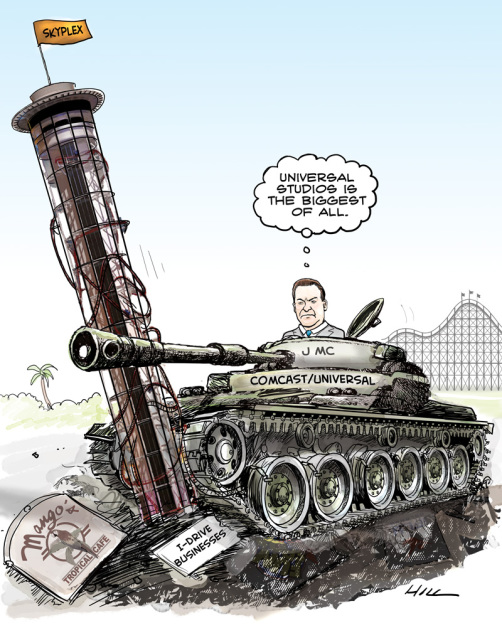 I often create custom cartoons and illustrations for companies and individuals who want a special gift for a friend or colleague.

How it works:  We can discuss your illustration through email or over the phone, and arrange the particular details. I will need a few clear photos of your friend or colleague.

I'll provide you with sketches via email. After making any needed revisions, I'll proceed with finished artwork, sending you high quality digital files that you can have printed locally at a Kinkos or print shop on a high quality printer. (Or if you'd rather, I can take care of the printing and ship you the artwork.) I create the artwork in sizes that allow for easy framing.

A large digital painting of the CEO of MGA Entertainment, and creator of Bratz dolls, and LOL Surprise toys. I worked from several photos, refined sketches, and then after approval, sent the finished painting digitally to the client. They sent it to a large fine art printing firm,
who printed it on 24 x 36 canvas with archival ink. 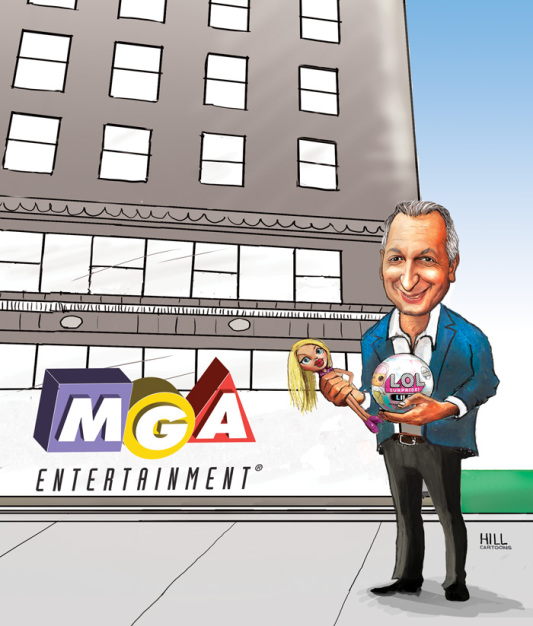 An illustration of the executive  Vice President and Head of Marketing of Public Storage, Inc. (He is also skier and a fan of one of my favorite ski towns.) This was commissioned to be presented to him as a gift. I created it at  18" X 24", and it was printed on canvas in high resolution, and framed by the client. 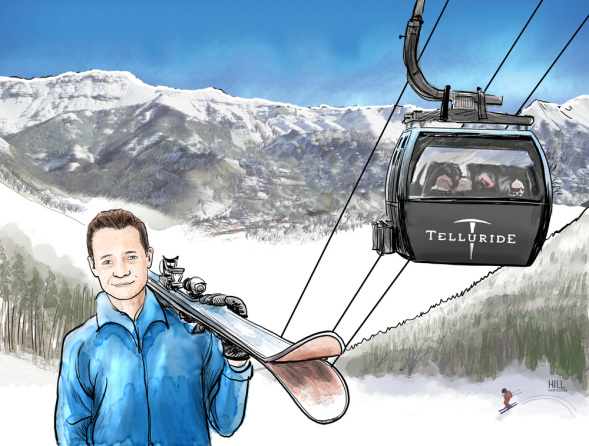 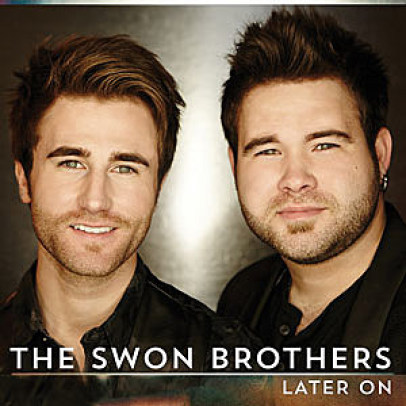 One of several humorous illustrations of recording artists, "The Swon Brothers", created for Arista Records and used in album artwork, social media and promotion. 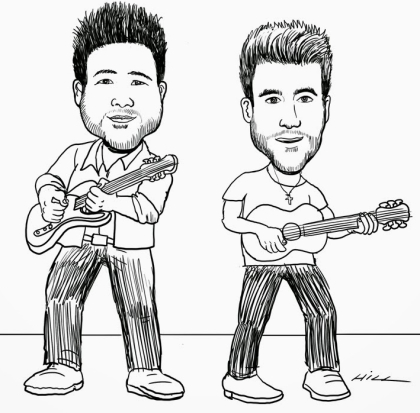 A caricature based illustration created for Coca Cola Corp. magnate Bruce Grossman, his wife, and their famous $40M super yacht, "Forever One". 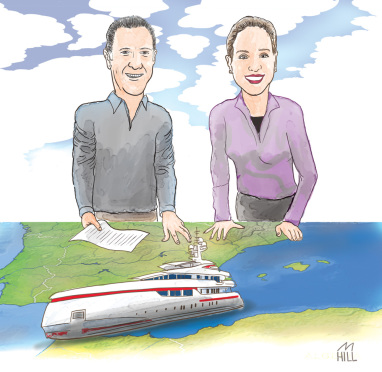 Reference photos provided by the client: 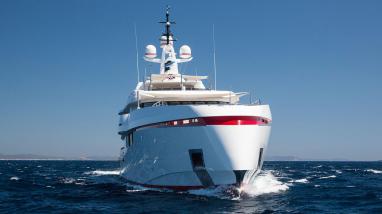 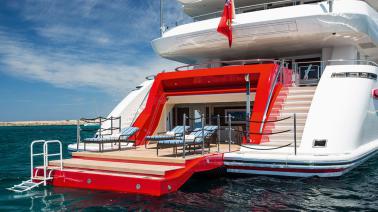 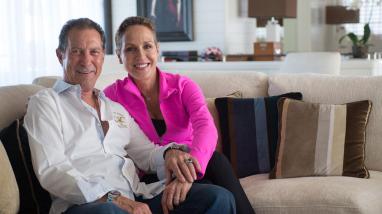 An illustration of The Vice President of Skechers Shoes, Inc. She is pictured on the campus of her Alma Mater, near a statue called "Fallen David"...aling with her favorite "Sprinkles"  cupcakes, and of course, some Skechers. 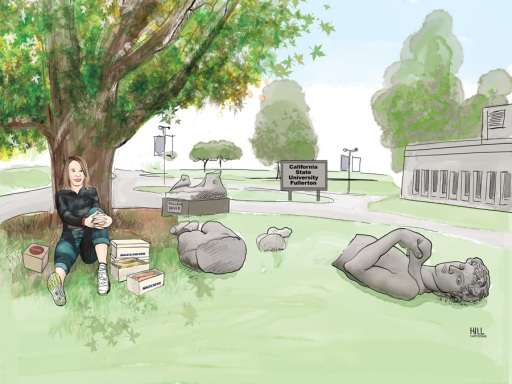 An example of my process:

The following illustration was created for global utility sector leader, Capgemini this past summer. The Paris-based company has twice as many employees as Google, and oddly, until being hired to so this, I'm embarrassed to say had never heard of them.

They celebrated the retirement of one of their top executives recently. I was commissioned to create a gift illustrating several key milestones during his tenure. I was given a list of these achievments and asked to illustrate them in a lighthearted and humorous manner.

First step: I worked closely with one of Capgemini's executuve VPs in creating the concept...and then began drwaing the B&W sketch. After discussing the sketch, some minor revisions were made, and a few more scenes were added.

Final art was drawn in ink, and color was added in the form of digital watercolor washes. The artwork was sent as an 11 x 17 high resolution file, which was printed and then matted and framed by the client. (Click to enlarge). 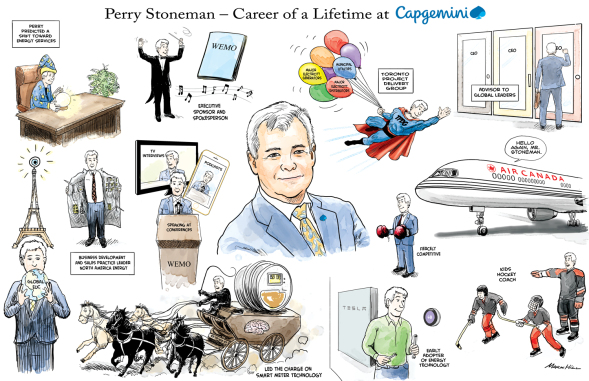 A photo of the gentleman, his assistant, and another Capgemini executive (whom I worked with on the piece), at the celebration in Toronto. 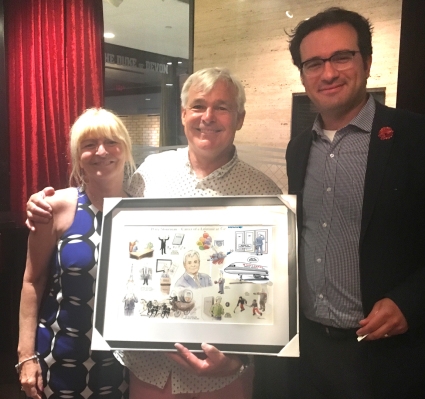 A humorous illustration done for a financial advising firm in New York.

This was a gift for a retiring director and his replacement at the firm. I drew from several photos for each person depicted. The finished piece was emailed as a high resolution file and emailed to the client...who had it printed locally at a Kinkos office at 11" X 14", then matted and framed. 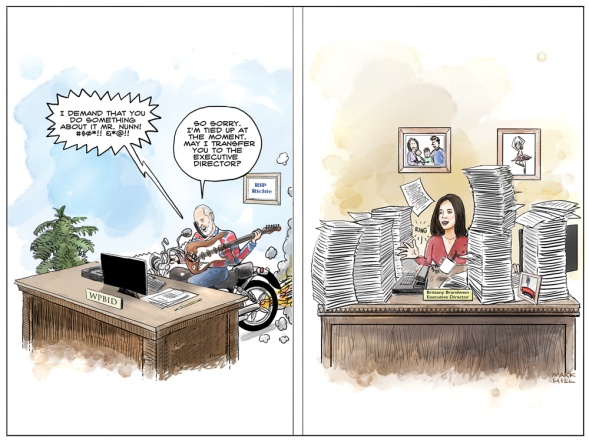 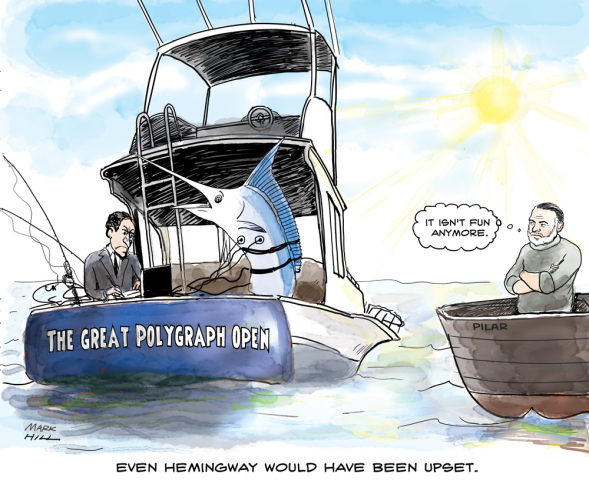 A cartoon illustration created for a family in Los Angeles, who framed it and gave it to their obstetrician, (whose heroic efforts saved their baby.) 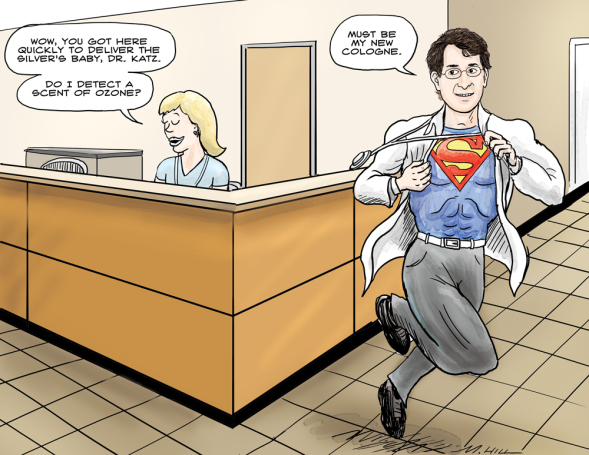 Two cartoons created for a client in New York who wished to show a friend's love of music ...(and below), his cars being "detailed" by armadillos. 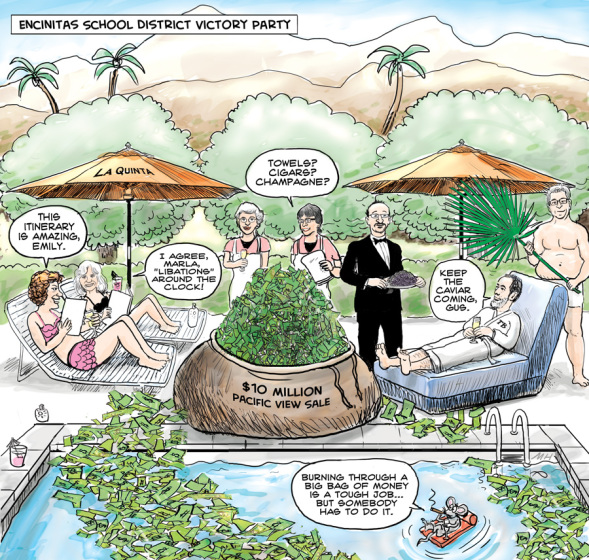 Here is a blog post with more commisioned illustration samples and further explanation of my process.