About Us (About the cartoonist, anyway)

I'm a Boulder Colorado-based  cartoonist and illustrator, and began writing and drawing when I was old enough to hold a crayon without also eating it. This early self-imposed dietary restriction led to work for some school newspapers, (the pre-school newspaper was the back of a spare Pampers.)

Later, at the University of Illinois, while studying Biology, I worked part-time at the student newspaper as a cartoonist, columnist and editor.

After graduation, I was hired by a 9,000 employee corporation near Chicago, to create artwork and humor for presentations to execs at firms like Boeing, GM and Northrop Grumman.

In my spare time, I drew and sold political cartoons to a group of newspapers in the Midwest.

After two years, I quit my corporate job and moved to Colorado, to ski and to create a comic strip. The former takes little effort, making it a perfect counter to the latter, which is a pursuit with notoriously low odds of success. (The largest syndicate, King Features, received over 6,000 submissions per year, and chose one or two of them.) I thoroughly failed to beat those odds for a while.

I became only slightly more respectable when King Features offered me a contract, and a few months later, much more so when I met my future wife. (A good year.) Two years after that, I signed a contract with Tribune Media to develop a second comic strip.

I developed, wrote and drew comics for several years, and having them also published in the Boulder and Denver papers allowed my neighbors to think I was more than "that grinning idiot". (I became the idiot with the same name as the the cretin on the comics page.) Soon after however, newspapers began to languish. Over 2,000 papers closed, and in those that remained, the number of comics were cut in half...particularly affecting the new dudes like me.

With a family, I took a part time job managing a B&B, and also began taking on corporater commissions and illustrating books. The latter pursuits grew beyond my expectations, so I withdrew entirely from newspapers, (which are now sadly on life-support.)

Shift to today: I get to make people laugh for a living, often with the help of an assistant. (On some occasions, I also enjoy sleeping.) It's more fun than I could have imagined, and I feel lucky every day.

I've had the good fortune to illustrate books published by Penguin/Random House, MacMillan, Pearson, Harvard Business Review Press, Prentice Hall, McGraw-Hill,  and Wiley, including some bestsellers. I very much enjoy working with authors, whether they have a publisher, or if they are taking their books directly to market.

It sounds like I've evolved and grown, but I haven't really. At times, I'm still mildly tempted to chew/suck on my drawing utensils. But I use a digital pen and HD drawing screen now, so there is a 120 volt "incentive" not to do so. (Technology has come a long way.)

If you already have ideas for cartoons or illustrations, I can create publishing quality artwork to bring them to life.

If you need  help (or are feeling stuck) with concepts or ideas, I can either spray some verbal WD-40 in appropriate areas, or dive in head-first with some writing.

Next, I'll create sketches for your approval, and make any needed revisions. When that looks good to you., I'll create finished artwork.

I have an agent who helps to procure some of my clients, but if you found me here, feel free to contact me directly.

95% of my clients are outside of my home state of Colorado...so I can create something for you, no matter where you are.

I'm often scheduled a week or two ahead, but I'm happy to discuss your needs now. 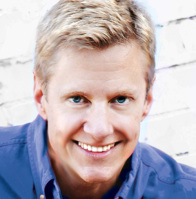